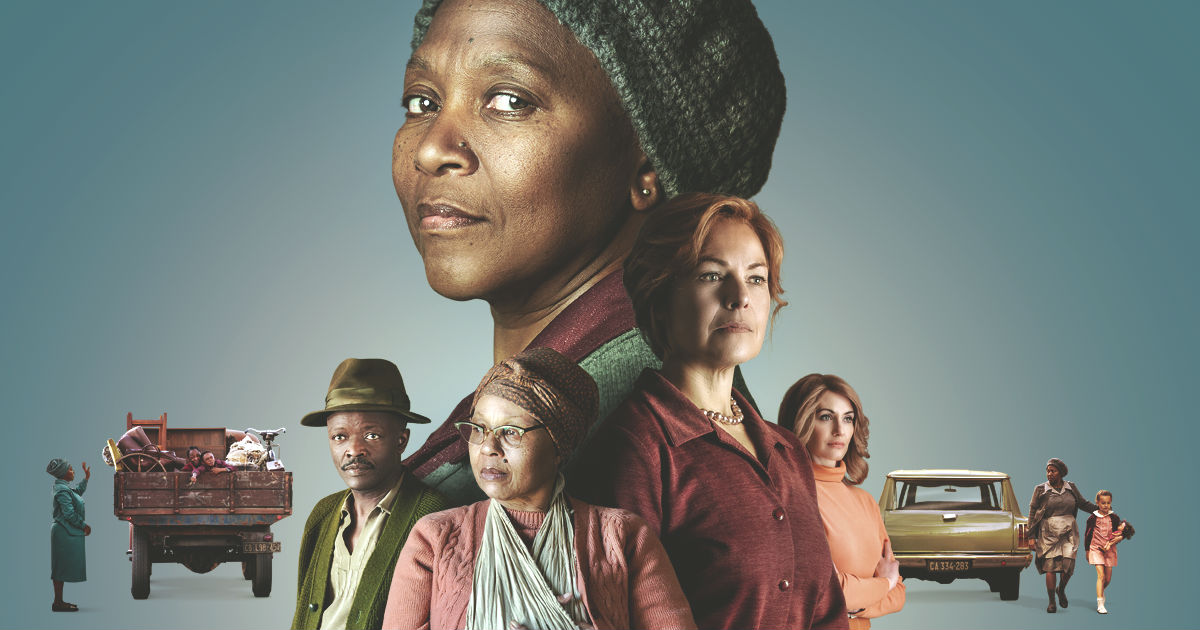 It’s amazing that we made it to the middle of the year seeing how 2020 has been weird so far with the COVID-19 pandemic coming completely out of left field.

This has hampered so many plans including movie premieres, awards and festivals. The status quo has changed with film organizations like the Academy already making concessions on eligibility for the 93rd Oscars come 2021.

However, some African filmmakers have gone above and beyond to release some great African cinema in these trying times.

Poppie Nongena follows the true-life story of a Xhosa mother and domestic worker, Poppie Nongena, who did everything in her power to keep her family together when she was declared an illegal resident in South Africa under the pass law system in the 1970s.

Despite some controversy when the movie was released in January, Poppie Nongena is a great movie, highlighting the plight of many black South African families in that era.

The success of Poppie Nongena can be attributed to many things including the spellbinding performance by Clementine Mosimane – a portrayal that might go down as one of her best.

Poppie Nongena was released on 31 January 2020 and has received rave reviews from several critics.

One of the best African films in 2020 so far, Eyimofe (Translated: This is my desire), is a Nigerian independent film that examines the lives of two Lagosians, whose dreams revolve around migrating to Europe.

Amidst an unending hopelessness in the country as people trudge on with their daily lives, getting out seems to be the only way out in Eyimofe.

With a sharp script that took three years to write and realistic acting, Eyimofe is a prime example of films to expect from Nigeria when everyone sits up.

Eyimofe premiered at the 70th Berlin International Film Festival (Berlinale) on 24 February 2020, the first independent Nigerian film to do so.

Read: Things That African Filmmakers Can Learn From the 92nd Academy Awards

Eyimofe was also nominated for the GWFF First Feature Film Award at Berlinale.

A first-time feature film by Tunisian female director, Manele Labidi, Arab Blues (Un divan à Tunis) is a culture-clash comedy about reintegration in the aftermath of the Arab Spring.

It follows Selma, a psychotherapist, who has lived and worked for several years in Paris. She decides to come back home to Tunisia to open up a new practice in a locale where everything is complicated and no one believes in talking to mental health practitioners.

Griekwastad is another film adaptation from South Africa that happens to be one of the best African movies in 2020 so far.

The movie adaptation is based on the true crime novel, The Griekwastad Murders: The Crime that Shook South Africa by Jacques Steenkamp.

The film, like the book, follows the investigations surrounding the triple homicide of a man, his wife and his daughter in a farm in Naauwhoek, Griekwastad – an act perpetrated by their only son, Don Steenkamp.

In 103 minutes, Griekwastad takes you through the thrilling and gruesome events surrounding those murders, something true crime fans will certainly relish.

The movie is nothing short of brilliant with performances from Arnold Vosloo (The Mummy) and Alex van Dyk (Die Stropers) lending further credence to the story.

Having been postponed several times due to the COVID-19 outbreak, Griekwastad was finally premiered on DStv Box Office on the 5th of May 2020.

Griekwastad is directed by Jozua Malherbe, written by Tertius Kapp and produced by SCENE23.

The Legend of Inikpi is a Nigerian epic drama about the two warring ancient kingdoms of Bini and Igala and how the princess of Igala, Inikpi Oma Ufedo Baba, chose to sacrifice her life for the freedom of her people.

Since then, the critically acclaimed movie has performed well at the box office, garnering over 20 million naira by its second weekend, a record-breaking feat for a Nigerian movie in that genre.

The feature film, A Day and a Night (Youm W Leila) is one of the first Egyptian films to be released in 2020.

With a runtime of 108 minutes, A Day and a Night explores key social issues that many Egyptians encounter on their daily lives as portrayed by the lives of the film’s main characters in Sayeda Zainab, Cairo.

The film was first screened at the Malmo Arab Film Festival (MAFF) in October 2019 and was theatrically released on the 6th of January 2020.

Joseph is the African-Caribbean collaboration between Ghana, Barbados and Jamaica. It follows the life of Joseph King, a young doctor from a family of doctors, who is being groomed to take over the family practice in Jamaica.

Guided by the memories of his early childhood in Ghana, he embarks on a journey back to Africa to discover his heritage amidst strong disapproval from his family.

The movie was privately screened on 7th December 2019 at the Accra Metropolitan Assembly in Accra, Ghana.

Joseph premiered on January 22, 2020 at Filmhouse Cinemas in Lagos and later had its theatrical release at cinemas in Nigeria and Ghana on the 24th of January 2020.

With a runtime of 100 minutes, The White Line is a Namibian love story, set against the backdrop of South Africa’s apartheid and the encroachment of its laws into pre-independence Namibian territory.

The White Line follows the romance between a black maid and an Afrikaner police man who she meets during a routine passbook check in 1963.

The encounter marks the start of an illicit love affair. The relationship, sometimes chronicled in love letters, faces several challenges in a society obsessed with color.

Read: African Movies In The Time of Coronavirus

The White Line was screened at festivals in December 2019 and was meant to have its premiere on the 20th of March 2020. However, the Namibian film commission had to cancel the event due to the coronavirus outbreak.

One of the best African films so far in 2020 isn’t one made in Africa but one made in Germany by German director, Jermain Raffington, Algerian director, Mehdi Benhadj-Djilali and Peta Jenkin.

Made in Senegal is a documentary about Sadio Mané, the 2019 African Footballer of The Year and his rise from Bambali, Senegal to world and European champion.

Made in Senegal explores the challenges and obstacles the Liverpool footballer had to encounter and overcome on his way to becoming the sports superstar that he is today.

Sadio Mané is a spectacular sportsman, no doubt. This documentary shows us why.

Made in Senegal is a great film that should be seen by everyone whether you are a sports fan or not.

In Europe, the documentary is available to watch for free on Rakuten TV. It can also be seen on Canal+ in Francophone countries in Africa.

Outside of Africa and Europe, Made in Senegal is available to watch here on pay-per-view for $1-$2, with proceeds going to charity.

Mama Drama, a movie about infertility and surrogacy in Nigeria, is one of the best African films released in 2020 so far.

It follows the life of a woman, who having suffered from infertility for many years with severe pressure from in-laws, opts for surrogacy in an effort to have a child. Unfortunately, things don’t quite work out.

Mama Drama is directed by Seyi Babatope and produced by Joy Grant-Ekong. It features Osas Ighodaro and Kehinde Bankole in the lead roles.

Mama Drama premiered at Filmhouse Cinemas on 20 March 2020 and was available at cinemas for a short while before the nation-wide lockdown in Nigeria due to the COVID-19 pandemic.

So, that is our list on the top 10 African movies released so far in 2020. Interestingly enough, none of our most anticipated movies for 2020 made this list.

By the end of the year, we will be writing the final list of the best African movies in 2020. We hope to see better movies released between now and then.

Tell us your thoughts in the comments section.