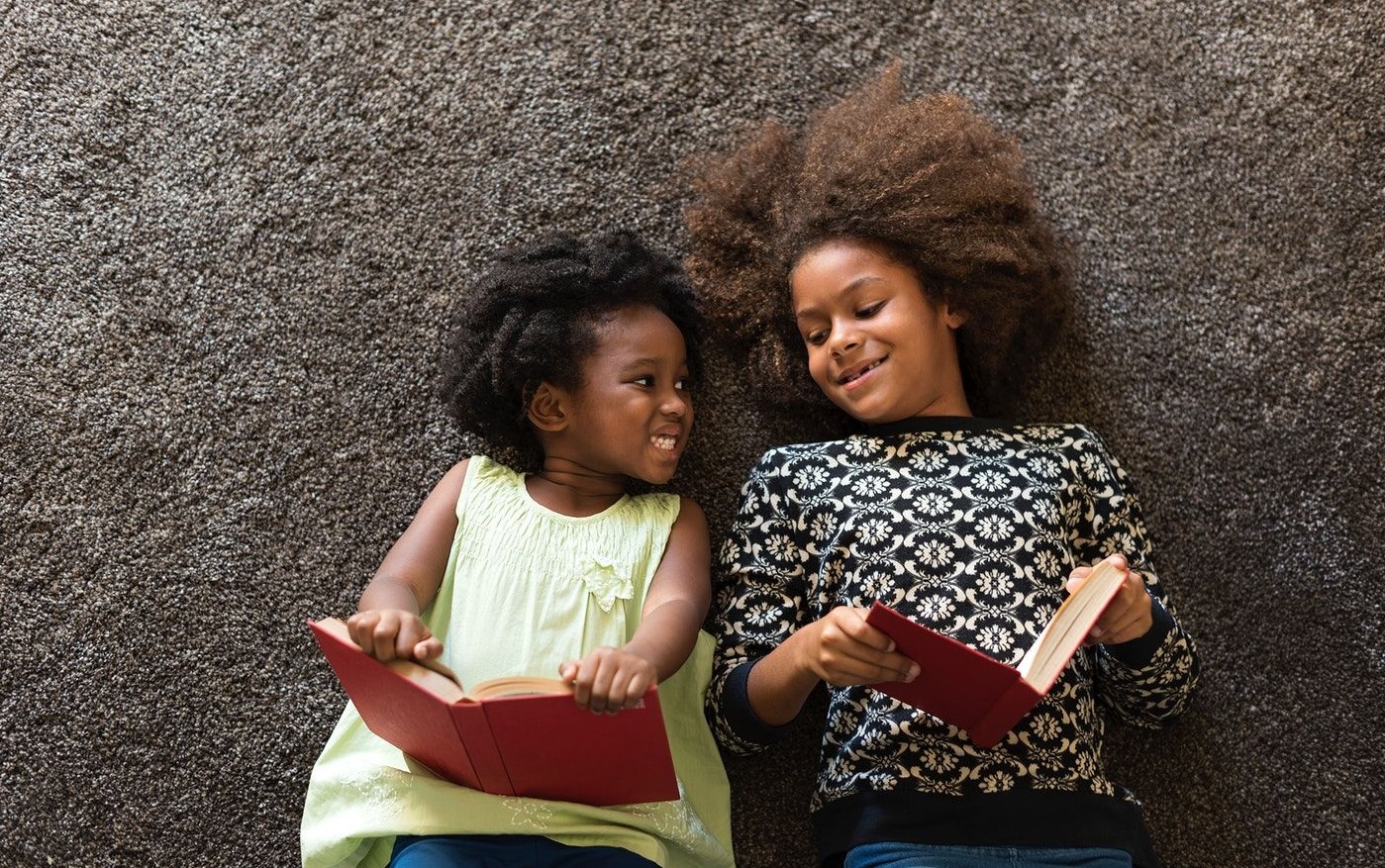 What do books and movies have in common? A lot. However, people tend to hate film adaptations insisting that film ruins everything. This might be tied to the fact that movies are more of a visual medium.

With film, viewers are basically at the mercy of the director’s imagination and vision. Books, on the other hand, require readers to use their imaginations to flesh out the story.

However, some film adaptations have been known to be successful in staying true to the vision of the books as evident in movies like the Lord of the Rings, Silence of The Lambs, Gone with the Wind, The Godfather etc.

This is also true for African books and cinema. Some film adaptations in Africa (even those based on international works like in Nabil Ayouch’s Ali Zaoua), have done a good job bringing the imagination of writers to the big screen.

It’s World Book Day today, so we are showcasing 12 of the best adaptations of African literature into cinema in no particular order. Some of these adaptations are by African filmmakers with a few done in collaboration with international filmmakers outside the continent.

Based on the 2004 Allan Stratton’s book, Chanda’s Secrets, Life Above All delves into the world of abuse, alcoholism and the stigmatization faced by people living with HIV and AIDS in South Africa.

The film explores the life of a young South African girl, Chanda, after the death of her sister from AIDS. In the aftermath, Chanda’s father turns to alcoholism as Chanda is left to take on the responsibility of taking care of her ailing mother while being stigmatized and ostracized from society.

Adapted into film by South African film director, Oliver Schmitz, Life Above All was first screened at the 2010 Cannes festival. The film went on to win several awards including seven Golden Horn statuettes at the South African Film and Television Awards in 2011.

It was also South Africa’s submission at the 83rd Academy Awards for the Best Foreign Language Film category in 2011.

Half of a Yellow Sun

One of the most popular and critically acclaimed books in Nigeria, Chimamanda’s novel, Half of a Yellow Sun was adapted into film in 2013 by the Nigerian film director and writer, Biyi Bandele.

Half of a Yellow Sun tells the story of the lives of two Ibo lovers, Olanna and Odenigbo, through various events leading up to the eventual breakout of the Nigerian civil war in 1967.

The film was initially ‘banned’ from its theatrical release in Nigeria with many fearing that its subject matter, the 1967-1970 civil war, was too sensitive and could give rise to ethnic tensions within the country. The Nigerian Film Board finally approved its release in August 2014, four months after its originally planned date.

Genevieve Nnaji went on to win the Nigeria Entertainment Awards for Best Actress in a Supporting Role in 2014 for her role in the movie.

In 2006, Moroccan writer, Mahi Binebine, wrote the enthralling book, The Stars of Sidi Moumen. The book is a fictional take on the story of the perpetrators of the suicide bombing in Casablanca in 2006.

In the film adaptation, Nabil Ayouch’s focus is on the lives of the four kids who were responsible for the act, dissecting their motivations and drive, examining the role that poverty, neglect and religion played in brainwashing the kids into extremism

Considered one of the best movies released in Africa in the last decade, Horses of God went on to win several awards across Europe including Best Cinematography in the 4th Magritte Awards in 2013.

It was also Morocco’s submission to the 85th Academy Awards for the Best Foreign Language Film category in 2013.

Xala was published in 1973 and later adapted into film in 1975 by the Late Ousmane Sembene. Considered one of the greatest filmmakers in Africa, Sembene captured the impotence of his country, Senegal, in Xala.

In Xala, both book and film tell the story of a Senegalese business man who finds himself impotent on the night of his wedding to his third wife.

The story is a satire in which Sembene points out the commercial enterprise and greed stemming from Senegal’s interaction with the western world, which in turn has led to impotence and incapability of the government to effect change.

Xala was submitted to the 9th Moscow International Film Festival in Russia in 1975 and the 1976 Festival Internacional de Cine de Karlovy Vary in Czech Republic.

Poppie Nongena is an autobiography film adapted from the 1978 book, Die Swerfjare van Poppie Nongena by Elsa Joubert. The book, considered one of the greatest piece of South African literature, has been translated into more than 13 languages.

In January 2020, Christiaan Olwagen adapted the book into a film, Poppie Nongena, which follows the true-life story of Poppie Nongena who suddenly finds herself as an immigrant in her own country following the illness of her husband in South Africa’s apartheid.

The film won big at the Silwerskerm Film Festival (the only Afrikaans film festival in the world), taking home a record-breaking 12 awards, including the Best Film Accolade.

Tsotsi tells the story of the life of a South African thug, who finds a baby after a carjacking gone wrong. The 2005 film explores the inequalities between the black and white South African families, highlighting the duality inherent in South Africa.

Tsotsi won several awards both within and outside the African continent, inevitably shooting its director, Gavin Hood, into Hollywood limelight. The film was South Africa’s submission to the 77th Academy Awards for Best Foreign Language Film which it won. Tsotsi remains the only South African film and the third African film to win the coveted Oscar for Best Foreign Language Film. The first was the 1968 Algerian film, Z, by Costa Gavras.

The Boy Who Harnessed The Wind

In the book, William was able to build a windmill to provide water for his community in Malawi when they were faced with drought and famine back in 2002. Published first in 2009, the book went on to make waves, making its way into school curriculum, book clubs and reading programs around the world.

In the adaptation, Chiwetel was able to dramatize the challenges leading up to that iconic moment captured in the book while still telling an uplifting and inspiring story. The Boy Who Harnessed the Wind was first screened at the 2019 Sundance Film Festival and shortly after, Netflix bought the distribution rights to the film.

Fiela se Kind is an Afrikaans book written by South African writer, Dalene Matthee and was published in 1985. Since then, the book has been translated into 8 languages around the world.

The book tells the story of a colored woman, Fiela, who finds an abandoned white child at her doorstep, in the forests of Knysna, South Africa, only to have the child taken away from her years later. The story explores racism, white supremacy and sexism in twentieth century South Africa.

Fiela’s Child has been adapted into film not once but twice. The first film adaptation came in 1988, three years after the publication. Katinka Heyns took on the project. The film starred Shaleen Surtie-Richards as Fiela. The second adaptation was done by Director Brett Michael Innes in 2019.

The 1988 Fiela’s Child won several accolades and awards. It was also submitted to the 61st Academy Awards for Best Foreign Language Film. But it wasn’t nominated.

Beasts of No Nation

Beasts of No Nation was written by Uzodinma Iweala in 2005. The story follows the grueling experience of a child soldier in Africa before being rescued by the UN.

In the 2015 movie adaptation, written and directed by Cary Joji Fukunaga, the film featured notable Hollywood and African stars, Idris Elba and Abraham Attah. In 2015, it premiered on Netflix, the online streaming platform and went on to win the Marcello Mastroianni Award at the 72nd Venice International Film Festival.

Bidaya wa Nihaya (Egyptian Arabic: بداية و نهاية, English: A Beginning and an End) is an Egyptian novel by Naguib Mahfouz. He went on to win the Nobel Prize for Literature for the book in 1988.

In 1960, Egyptian film director, Salah Abouseif, adapted the book into film. The film, like the novel, follows the tragic story of an Egyptian family after the death of its patriarch. It explores themes of poverty, crime, prostitution and suicide.

A Beginning and an End stars popular Egyptian Hollywood actor, Omar Sharif (known for his role in Doctor Zhivago) as well as Sanaa Gamil. The film was also nominated for the Grand Prix award at the 2nd Moscow International Film Festival in 1961.

Cry, the Beloved Country is a novel by Alan Paton, published in 1948. There has been not just one but three adaptations of this great African book. Two cinema adaptations in 1951 and 1995 and a musical in 1949 called Lost in the Stars.

The book explores the social ills that arise from the segregation of the Whites from the Blacks in apartheid South Africa.

The novel was first adapted into film in 1951 by Zoltan Korda, which starred actors like Sidney Poitier, Canada Lee and Charles Carson. 1995 saw another film adaptation by filmmaker, Darrell Roodt. The film starred James Earl Jones as Reverend Kumalo and Richard Harris as Jarvis.

Chinua Achebe’s magnum opus was published in 1958 with positive reception in Africa and around the world.  It’s no wonder that it has made its way into several school curriculum, African studies, world history, social discourse and best book lists around the world. The book has been translated into more than 50 languages and counting.

Things Fall Apart had inspired and birthed several African writers including Uzodinma Iweala (Beasts of No Nation 2005), and Chimamanda Ngozi Adichie (Half of a Yellow Sun 2006).

Considered in many climes and circles as one of the best novels in the world, Things Fall Apart has seen several adaptations including a radio drama, film and miniseries in 1961, 1970 and 1987 respectively.

However, this is one clear case where the book supersedes the adaptations, in our humble opinion. Maybe a remake someday may change our minds.

Film adaptations have the uphill task of pleasing everyone who has read the book, which is a near impossible feat to achieve. But some movies have not only taken on the challenge, but have given new meanings to our beloved books.

We hope to see better adaptations of African books down the line. For now, we can’t wait to see the upcoming adaptations on Matigari, a 1987 novel by the Kenyan writer, Ngugi wa Thiong’o and Chimamanda’s Americanah (2013).

Tell us in the comment section your favorite film adaptation of African books and any works that you might be looking forward to.