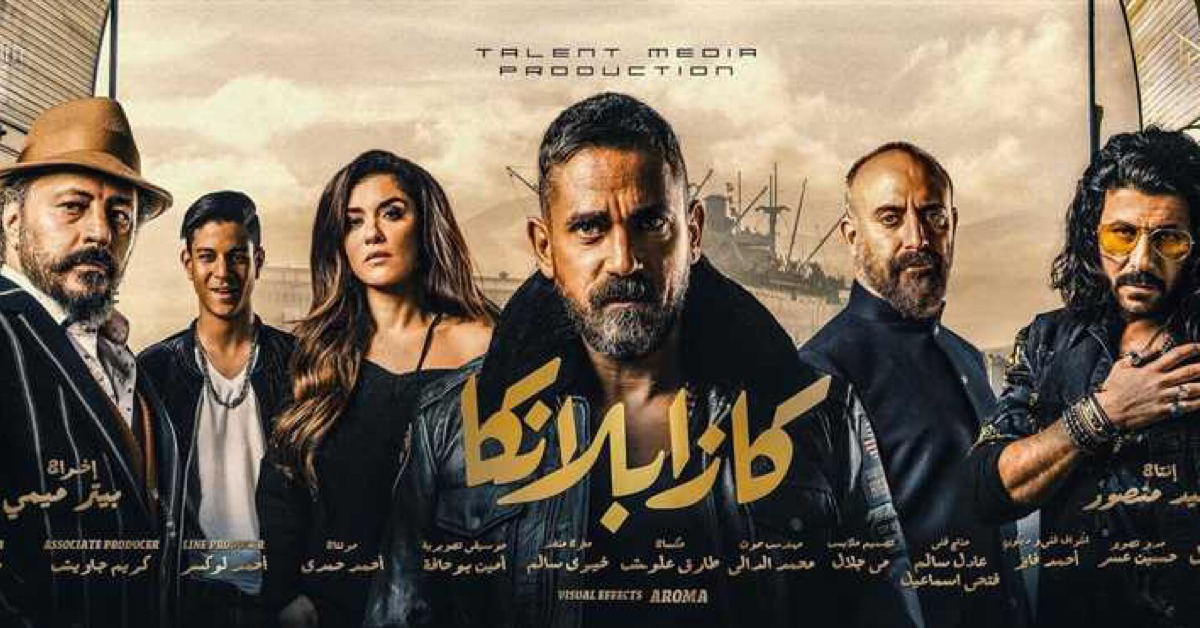 The year 2019 wasn’t a good year for Egyptian cinema. Egyptian films suffered from serious censorship by the Sisi government, resulting in the poorest year for Egypt’s film industry in more than a decade. At the International film festival this year, only two low-budget movies were featured.

However, we managed to come up with this list of the ten best movies out of Egypt in 2019.

Directed by Marwan Hamed and released on July 25, 2019, the Blue Elephant 2 is a sequel to the 2014 box office hit, The Blue Elephant. The movie picks up from where the prequel stopped. It follows married Dr. Yehia, who meets a psychiatric inmate who makes a prophesy concerning the death of his family. Yehia then uses the blue elephant pills in an attempt to control things and solve the puzzles he faces. The movie is available to watch on Netflix.

Directed by Peter Mimi and released on the 4th of June, 2019, Casablanca revolves around three friends who form a gang to rob a ship. After stealing a large diamond for the mafia, one of the gang members runs away to Morocco with the diamond for his own personal reasons. Casablanca grossed $3,821,990 and is available to watch online.

The Egyptian movie, 122 was directed by Yasir Al-Yasir and released worldwide on 2nd January, 2019. 122 tells the story of a couple trying to survive and run away from a hospital on a bloody night. The movie grossed over $178,060 worldwide and is available to watch and download online

Directed by Tarek El-Eryan, Sons of Rizk 2 is an Egyptian movie that follows two years after the prequel. Four brothers reunite to embark on new quests and adventures after quitting a life of crime. The movie was released on the 8th of August, 2019 and has grossed over $1,086,632. It is available to watch via Amazon Prime.

Directed by Hisham Saqr and released 19 December, 2019, Certified Mail is a drama that tells the story of Hala, whose husband was sent to prison and faces her suicidal thoughts alone. The movie focuses on Hala showing strength even when the society makes her depressed. The movie features Egyptian stars, Bassma and Passant Shawky. It is available to watch online.

Directed by Khalid Marie, Khayaal Ma’atah is a 2019 Egyptian comedy movie that follows a group of close friends reuniting after 30 years who reminisce about a crime carried out when they were young. It was released on the 8th of August, 2019 and has grossed over $794,123 at the box office. Khayaal Ma’atah is available to watch online on YouTube

The Passage is an Egyptian War documentary movie which speaks about the war of attrition that occurred from 5th June, 1967 to 6th October, 1973 led by the qualified Egyptian war commander, Nour. Directed by Sharif Arafah and released 11 July, 2019, the Passage grossed over $2,628,589 at the box office. The Passage is available to watch and download online.

Directed by Khaled El Halafawy, The Secret Men Club is an Egyptian comedy movie which revolves around Adham, a doctor who joins an underground club, where all cheating husbands gather to cover up for their extramarital relationships and activities. The Secret Men Club was released 22 January, 2019 and has grossed $1,099,982 at the box office. It is available to watch online.

Released 31 May, 2019, Free Trip to Egypt tells the story of a Muslim man who reaches out to people who fear him being a terrorist, and offers this diverse group of people a free trip to Egypt. Directed by Ingrid Serban, the movie has grossed $120,780 worldwide at the box office. It is available to watch and download online.

Directed by Said El-Marouk, The Money is an Egyptian comedy movie that tells the story of Sief, a con artist hired by a beautiful rich woman, Hala, to help get her money back from another conman. It’s a story about love, friendship and drama. Released 25 December, 2019 and is available to watch online.

Is there any Egyptian movie that you think should have made the list? Tell us in the comment section