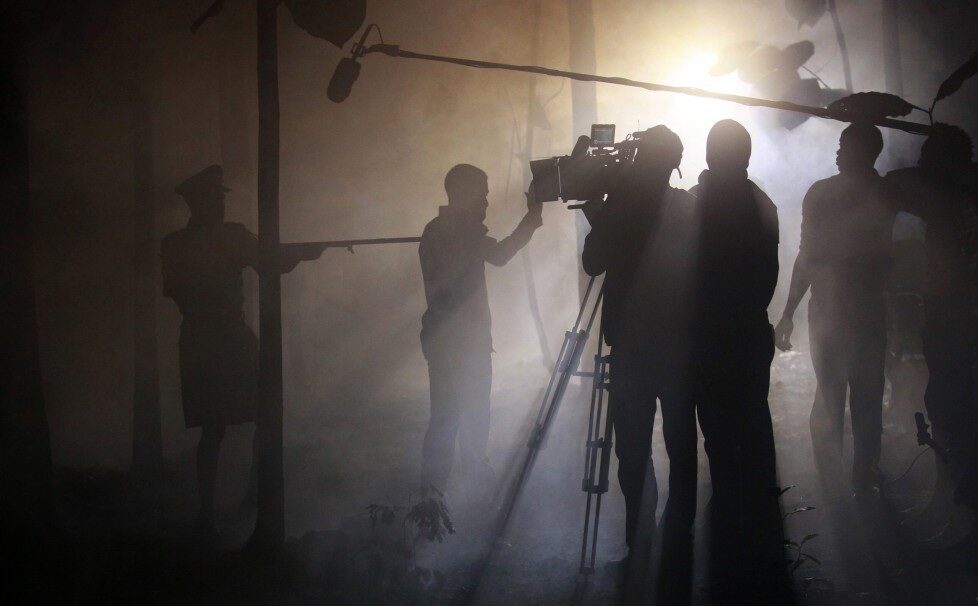 An education is a prerequisite for practically anything in life. Whether formal, informal or self-taught, there is a learning process that one interested in sharpening his skill must undergo. This is true for most professions including film-making.

There are film schools everywhere in the world with some schools more popular than others. In Africa, many of these film schools are cropping up making intending students indecisive on where to go.

” An education is a prerequisite for practically anything in life.

Notable alumna of the NFI include the Nigerian Actor, Daniel Effiong known for Plan B (2018).

With campuses located in several locations in South Africa and Botswana, AFDA is one of the biggest film schools in Africa. Established in 1994 by Garth Holmes, Bata Passchier and Deon Opperman, AFDA is a CILECT accredited film school that offers courses in

Notable AFDA alumni include Pierre de Villiers, the cinematographer for This Is Not a Burial, It’s a Resurrection (2019) and Thapelo Mokoena, an actor and presenter known for acting in Mandela: Long Walk to Freedom, the 2013 film, based on the Nelson Mandela’s book of the same name.

In 2005, the Burkinabe film director, Gaston Kabore, opened a film school in Ouagadougou called Imagine. Famous for his film, Buud Yam which won the top prize at FESPACO in 1997, Kabore founded Imagine and officially opened its doors at FESPACO in 2005.

Kabore, one of the best directors in Burkina Faso, stated that one of his reasons for opening the film school was due to the lack of training schools within the continent at the time, causing many aspiring African filmmakers to venture abroad for their training.

With state-of-the-art infrastructure and film professionals as instructors, Imagine offers courses in

The Imagine Institute is open not only to professionals but also to film enthusiasts who want to gain a basic understanding of the film-making process.

Located in Marrakech, Morocco, Ecole Supérieure des Arts Visuels (the School of Visual Arts) ESAV is considered one of the best international film schools in the world. It is also accredited by CILECT.

ESAV was founded by Susanna Biderman and Vincent Melilli in 2006. ESAV offers courses in

Named one of the top 15 international film schools in 2016 by the Hollywood Reporter, the WITS School of Art (WSOA) at the University of the Witwatersrand is located in Johannesburg, South Africa.

They offer degree programs at undergraduate, graduate and doctorate levels in

University of the Witwatersrand is Gavin Hood’s alma mater though he studied law there.

Del-York Creative Academy (DCA) was established by Linus Idahosa in 2010 and is located in Abuja, Nigeria.

Boasting a partnership with the New York Film Academy and by extension Hollywood, DCA offers a wide range of courses in

In 2005, the Kwetu Film Institute was founded by Kabera Eric, a Rwandan filmmaker. Situated in Kigali, Rwanda, Kwetu is a growing film institution in Africa providing training for students in film and television.

The school offers programs in

A popular short-term film course at Kwetu is the 3-month ‘Fast Track Filmmaker’. Cost is pegged at RWF 320 000.

Another program is their 2-year full time diploma training for media designers which they offer in conjunction with Rwanda Media Project. The program costs about RWF1.4 million.

The PEFTI Film Institute was founded by the popular Nigerian TV series producer, Wale Adenuga, in 2004. At the time, Adenuga felt the need for a film school in Nigeria as there weren’t many of its kind in the country. Located in Lagos, Nigeria, PEFTI offers diploma programs in

Alumna of the PEFTI Film institute include Chuks Agoziem, a film director known for the 2016 film, The Awakening.

JFTA is an African film school that was founded by Wilfred Kiumi in 2011. In 2015, JFTA was rebranded to ADMI. ADMI prides itself in its creative media and technology programs as well as its competent instructors made up of industry professionals.

Notable alumni include Wambui Muigai known for her cinematography work in Netflix’s Sense8 and Evans Sunday Okello, known for directing The Legion, which got him a nomination for Best Director at the 2017 Zanzibar International Film Festival (ZIFF)

Read: Things That African Filmmakers Can Learn From the 92nd Academy Awards

Lufodo Academy of Performing Arts (LAPA) is one of the choicest film schools in Nigeria. Founded in 2009 by two Nollywood acting veterans, Olu Jacobs, and wife, Joke Silva, LAPA has provided formal training to individuals interested in the film-making process.

The school has churned out notable professionals through the years like Omoye Uzamere, Orji Ibe, Abiodun Kassim, Ayobami Ajike etc.

Africa is gradually coming into her own. With the growth of the film industry across Africa, we expect to see more and more film schools with great standards on par with what’s obtainable everywhere in the world.

Read: How To Get A Sponsor or Grant For Your Movie Idea

If you are looking to go to film school or you have been to one, tell us your about experience in the comment section.